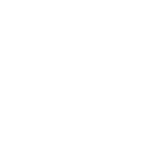 I am very pleased to be among colleagues and friends from the Establishment Committee of the Asian Population association, the Department of Demography of University of Tehran, the Population Association of Iran, Government, civil society and the UN.

I would like to welcome you all to this seminar. I welcome, in particular, the international scholars who came all the way from different parts of the world and as far as Australia to join us today.

I take this opportunity to congratulate you and the entire population of Asia, on the establishment of the Asian Population Association. This is certainly an outstanding achievement and the outcome of concerted efforts exerted since 2004. Here I would like to pay tribute to a number of experts, members of the Establishment Committee of the Association namely Professors Jalal Abbasi of Iran, Moneer Alam of India, Terrence Hull of Australia, Bhassorn Limanonda of Thailand, Baochang Gu of China and Mehtab Karim of Pakistan. It is your relentless efforts and unwavering commitment that made the establishment of the Asian population association possible.

It comes to no surprise that you chose Iran as the venue of this important event. Notwithstanding, the negotiating and public relations skill of Dr. Jalal Abbsi, the choice of Iran was indeed thoughtful. It is an Asian country that made strong headway in the population field in such a record time and has a lot more to offer.

Over the past decades and half, Iran?s population and development indicators have improved significantly. Fertility has reached replacement levels of two children per woman, maternal mortality ratio and infant mortality rate have declined by more than 50 %. Life expectancy at birth for both men and women is more than 70 years. Literacy among young men and women aged 15-24 is now almost universal.

The country is close to achieving the established targets of International Conference on Population and development (ICPD) and MDGs. However, a number of challenges remained to be addressed, such as the need to further promote gender equality and women empowerment, strengthen efforts to prevent HIV/AIDS, bridge disparities in development levels and equality of life among regions and population groups and address emerging population issues, such as the environment, migration and refugees and ageing. The fast demographic transition in Iran affected the age structure of the population. Certainly, 64% of the population is in the working group (15-60 years). To reap this demographic dividend and accelerate socio-economic development, the country should make greater investments in job creation and social services, especially for this large cohort of young people.

Asia is characterized by wealth of human resources and population institutions and diversity in level of development.

The association has the responsibility of promoting research, sharing knowledge, developing the capacity of population institutions and carrying advocacy and policy dialogue to advance the development agenda in the region as reflected in the Millennium Development Goals (MDGs) and the goals of the International Conference on Population and Development (ICPD).

Developing a research agenda in the population field would enhance the knowledge base in the region. Here, Iran has a lot of experience to share. With UNFPA?s support, the Iranian Government and civil society established research agenda for the country in population, RH and gender. Priority areas of research in these fields were identified based on sound criteria. Iran, with its wealth of experiences and well-established institutions, is well positioned to play a pivotal role in sharing knowledge and know how with the rest of countries in the region.

I am sure that we will have the opportunity to further discuss such issues in the upcoming workshop on the 3rd of December. I would like to conclude by reiterating UNFPA?s support to your Association. I wish you success in your endeavour to establish the constitution of the Association and plan for its future activities.

Mr. Sultan Aziz, the Director of Asia and Pacific Division of UNFPA wanted very much to participate in this meeting today, but he could not due to prior commitments. However, he has a massage to convey to you which is video record and will be aired to you in a minute.